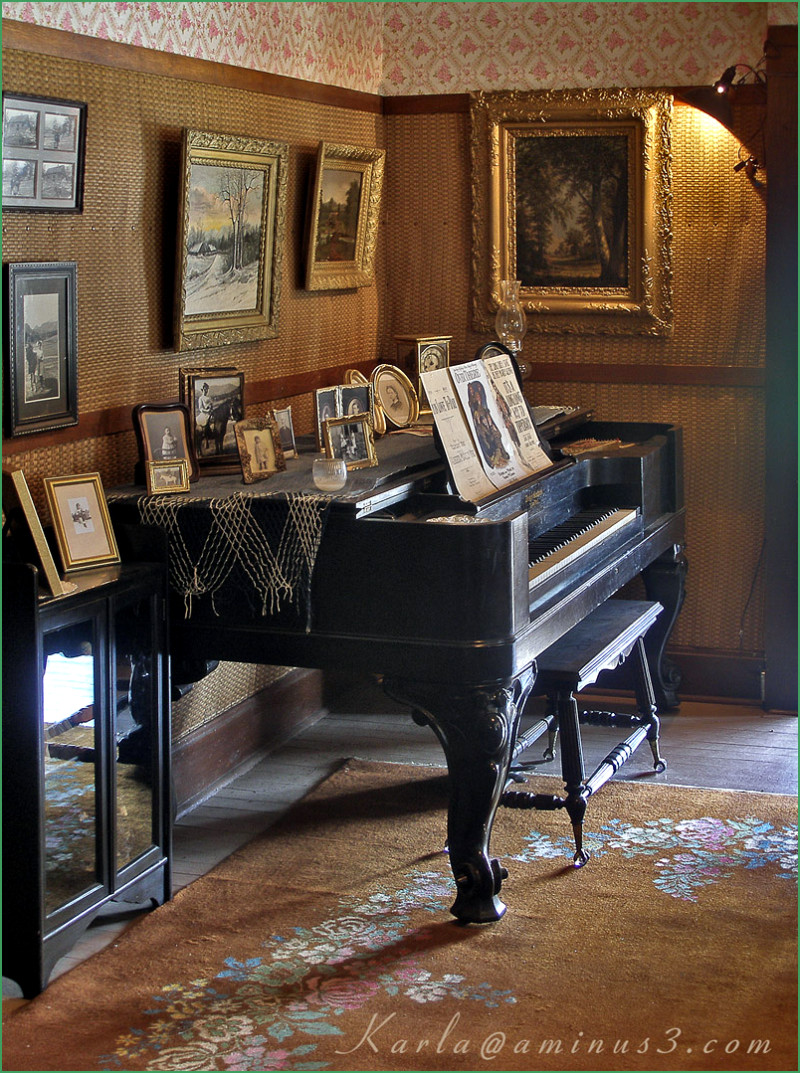 The light on the right is from a doorway leading to the windowed front porch which was lit by intense morning sun. I processed this in Photoshop using a bit of Shadow/Highlight adjustment. The right side is a bit bright and I could have brought it down a bit more with a gradient or brush, but a person has to eat sometime. On the piano and wall is a collection of MacGregor family photos. Also on the wall are oil paintings created by Maria Clara Heeney MacGregor, wife of the founder of the ranch. In 1871, Clara studied at the Chicago Academy of Design (which later became the Art Institute of Chicago) and later at the University of Wisconsin at Madison.

A beautiful piece of history mixed with memories. Excellent shot.

@Sarito: Thank you, Sarito. The ranch house was a very interesting place to visit.

love the atmosphere and the accumulated objects here!

@Franz: Thanks, Franz! I had fun processing this one.

Even the light looks over a hundred years old . . this is an image filled with magic and memories. Truly lovely, Karla.

A beautiful captured impression,,fascinating and interesting!

@Thea: Thanks, Thea! More coming....though not all black and white. I am mixing it up a bit.

This is beautiful. Thanks for the interesting information.

@✿ Anina ✿: Thanks for visiting! I am happy to provide the information, thinking that it adds a little more life to the image especially for historical places. For me, when I am in a place like this, I like to know more about the people who lived in the setting.