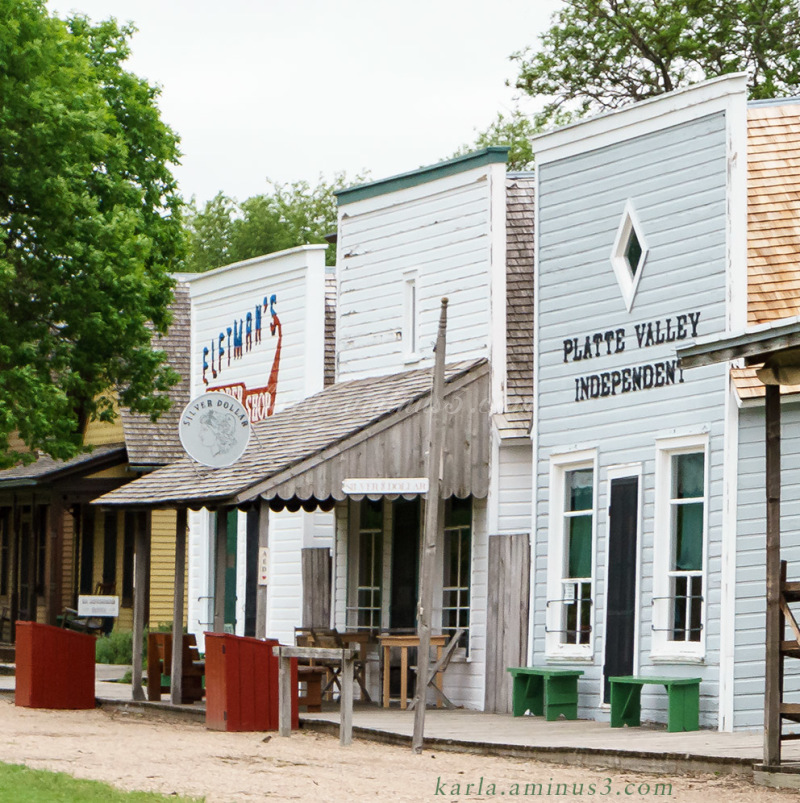 The social media of a different era is seen in this closer view of the business district: a newspaper, a saloon, and a barber shop, all three offering opportunities for spreading news and opinions. The saloon has chairs and table out front, a spot usually meant for a game of checkers and more conversation. The Platte Valley Independent was a weekly newspaper published from 1870 to 1882 in Grand Island, Nebraska. Owners were Mr. & Mrs. Seth P. Mobley (formerly Maggie Eberhart). Maggie and Seth started the publication, edited it, etc., then evidently married.
Other newspapers in that era included The Evening Times, The Grand Island Daily Independent, and the Central Nebraska Republican (1894-1900). That last one interestingly was published by "Seth P. Mobley & Sister". Some newspapers either did not last long or there were no copies available to preserve in the Library of Congress: "Chronicling America\Historic American Newspapers". I am thankful for our free press history. Long may it live!

Yes, one can feel the sense of Time here . . always good when it moves slowly.

I enjoy visiting these preserved and recreated sites also